Why speaking up does not help women leaders thrive, and what does 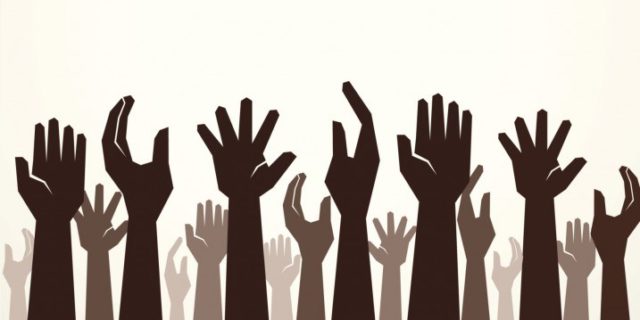 Yesterday I read an Harvard Business Review article on research suggesting that men get credit for voicing ideas intended to improve the group but women don’t. This article addresses why this bias gets in the way of women emerging as leaders and how we may overcome it.

Two recent studies done by Elizabeth McClean, Kyle Emich, and Todd Woodruff show that when men speak up with information intended to improve the group it was significantly related to gaining status among one’s peers and emerging as a leader. For women, however, the status bump and leader emergence that resulted from speaking up did not happen.

What’s even more troubling is that men and women both ascribed more status and leadership emergence to men who spoke up, compared with women who did so. The studies highlight that we still have a long way to go until men’s and women’s contributions to groups are evaluated in more objective terms.

Given that women are interrupted more often than men are when speaking up in groups and women tend to speak up less in mixed-gender settings,  how can we overcome this bias? How can we start recognizing women’s voices and ideas? How can we support their emerging leadership?

The HBR article suggests a few strategies to address these questions. For example, managers can call upon women in meetings more often, they can amplify women’s ideas by intentionally giving extra attention to their suggestions and they can gather input for meetings in an anonymous way, so gender bias is avoided. These are all great and helpful suggestions, but I believe what really needs change is our company culture.

To ensure that equal value is given to women when they are voicing their ideas, it is important that leaders create a “people first” culture, where everybody matters, regardless of background or gender. By investing in a culture where human connection matters, where people are aware of bias and where the value of everyone’s input is emphasised, I believe we can support the emergence of female leaders.

The solution does not lie in women speaking up more often but the people around them giving them more support and credit for what they are saying. It requires everyone within the company developing emotional intelligence skills like self-awareness, active listening, empathy, knowing how to praise people and knowing how to support and mentor people.

To support the emergence of female leaders, we need a complete rethink of what makes a great company culture, of what makes people thrive. We need to address unconscious biases and their potential impact on people thriving in the workplace. I believe we can only do so in in a human-centric culture where everyone is committed to making all team members feel safe, valued and cared for. In addition, we need a culture where team members and leaders do not only take responsibility for their own personal and professional growth, but actively take a stand for the growth of others. In a culture where people are committed to each other’s growth, leaders will show up everywhere. Moreover, emerging leadership will be encouraged, valued and celebrated.