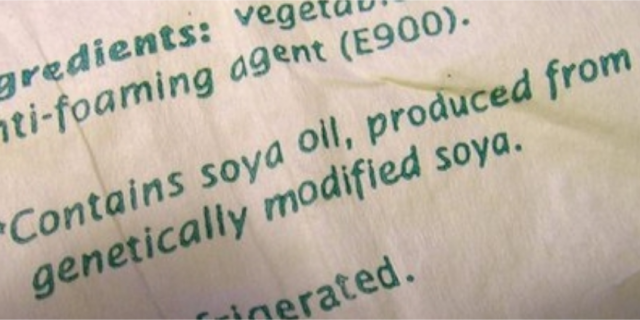 Have you ever wondered if the foods you are eating are safe? A recent study showed that a potentially dangerous weed killer was found in human urine across Europe. A network of environmental groups, Friends of the Earth International, tested the urine of 182 European urban dwellers, from 18 countries, and found traces of the potentially dangerous herbicide glyphosate, commonly known as Roundup, in 44% of samples. People that were tested in The Netherlands had amongst the highest of percentages of glyphosate in their body. In 5 of 8 of the Dutch volunteers the pesticide was found in their urine. With 63 percent the Dutch are above the average of 44 percent of Europeans tested for Roundup.

Roundup is a herbicide manufactured by a company called Monsanto. A few weeks ago, on May 25, over 2 million protesters in more than 50 countries worldwide marched “Against Monsanto”. Monsanto is one of world’s most powerful biotech firms. It is responsible for producing genetically modified crops and seeds, like wheat, soy and corn, which are used worldwide in animal feed but also in processed foods for human consumption. Monsanto also produces very harmful chemicals, like the weed killer Roundup.

So how does a weed killer like Roundup end up in the systems of human beings? Although preliminary, the study done by Friends of the Earth points to diet as the main source of exposure. This might come as a shock to most of you. Europe is leading when it comes to food labeling. We have laws that enforce labeling of genetically engineered food ingredients. The European Union recently banned the use of genetically engineered ‘bee-killing’ pesticides in Europe. And most Europeans are hesitant about buying genetically engineered foods. So how come Europe is doing so many things right but yet it cannot escape contamination with GMO products like Roundup?

There’s no telling yet how this contamination could impact the health of human beings, the future of our food and the health of our planet. And even though Monsanto claims that Roundup is safe for human beings and animals, pesticides like Roundup have been associated with the dramatic collapse of the bee population in recent years. Roundup clearly kills more than just weeds. In areas where Roundup and other so-called ‘safe’ pesticides were used, bees mysteriously disappeared and whole colonies of bees went missing from their hives leaving their Queen bee and the brood (the young) behind. Albert Einstein once said that if the bees disappeared off the face of the planet, man would only have four years left to live. The health of planet and the future of our food depend for a huge part on bee pollination.

This alarming disappearance of bees, which left bee keepers mystified, first showed up in the US where pesticides like Roundup were and still are intensively used. However, bee hive collapses have also been reported in Europe in countries like France, Belgium and even The Netherlands. The pesticides produced by companies like Monsanto, Syngenta and Bayer have been called bee-killing pesticides for a reason. They are still used in the US but the European Commission made a landmark decision on April the 29th to ban of the bee-killing pesticides in Europe for two years.

This ban does not mean that those pesticides are not still in use in Europe. They are banned for the use on flowering crops, which attract bees, but they are sill used on cereal crops and in public spaces, such as parks and railway lines. The problem with pesticides like Roundup is that they can persist for many years, build up in soil, leech into our waterways and spread into yet uncontaminated agricultural areas and even affect the quality of our drinking water.

Pesticides such as Roundup are very effective in killing insects by attacking their nervous system. It’s a biologically disruptive chemical. Bees, when contaminated, look like they are drunk. They become unfocused, unorganized and are even unable to perform easy tasks like navigating back to their hives or pollinating flowers. According to Friends of the Earth, some scientists have linked the use of pesticides to birth defects, disruption of the endocrine system, increased risk of cancer and miscarriage in humans.

Why do people in The Netherlands and the rest of Europe have such high percentages of these controversial pesticides in their system? Roundup (glyphosate) is still being used in Europe for weed control, on farms producing cereal crops and in public spaces, such as parks. Europe is also responsible for importing a large amount of GMO soy. Roundup is widely used as a herbicide to produce GMO soy. Most animals are fed GMO soy, corn and wheat. The relatively high consumption of dairy and animal products in The Netherlands could perhaps explain the high number of Dutch people tested positively on glyphosate.

As the spread of commercialised genetically engineered food products increases, the number of people exposed to genetically engineered foods globally has grown. In The Netherlands laws are enforced that require food companies to show on the food labels if GMO ingredients are used. This is definitely a good thing. In The United States, for instance, there’s no such transparency about the use of GMO foods and people are still campaigning for ‘consumer’s rights to know’ laws for GMO foods.

There’s a bit of catch though when it comes to food labeling. Although we have laws that require labeling for genetically engineered ingredients, there are a few things we, as consumers, don’t get to know. For example, if a product contains less than 0,9% in genetically engineered foods, labeling foods as GMO is not required. Also when animals are fed GMO soy, wheat or corn, which is very common, this won’t show up on a food label either. So when you regularly drink milk, eat eggs or meat from animals that are fed genetically engineered feed, you run a risk of getting contaminated with Roundup. And if you think you are safe because you only eat organic, think again. Even though organic certification requires that a crop be non-GMO, imported organic soy got a really bad rap last year. A shipment of organic soy was tested positively at 20%, an extraordinarily high level of GMOs. This makes food testing for GMOs and an even higher transparency in our food labeling essential to preserve consumer’s rights to know where their food comes from and to enable consumers to make informed choices to protect their own health.

Can we trust the foods we buy? No, clearly we can’t. So how can we make the right choices as a consumer and protect our personal health? We need to cultivate a new relationship to food. We need to go back to knowing our food, knowing where it comes from, knowing how it is produced and knowing the people who produce our foods. Living in cities has distorted our relationship to food. With mass farming and the convenience of commercial supermarkets, we no longer know where our food comes from.

Today we see our meat and vegetables mostly cut up, labeled and wrapped in plastic containers. We know the supermarkets we buy our food from but we no longer now where our food comes from. We have lost the connection with the source of our food, with our natural resources, the countryside, the harvest and the seasons. Some kids these days would not be able to recognise a fruit hanging from a a tree, as they have only seen it pre-cut or in cans or jars.

As Carolyn Steel says in her Ted talk on how food shapes our world, people living in cities should build a relationship with the countryside, the area where most of our food comes from. Cities should take care of the countryside and nourish it. When we know where our food comes from, how our food is grown, how the animals we eat are taken care off and how they are slaughtered, we can make informed choices about what we eat and trust the foods that we eat. I strongly believe, like Carolyn, that when we put food back at the center of our lives, we can re-shape our world.

Most of the time we don’t really think about where our food comes from. As our lives are busy and we often feel rushed, we want quick and easy meals. We get lattes at coffee shops, we get our food to-go, eat in front of the television, buy ready-made sandwiches, micro-wave frozen meals or eat a pre-made salad. We cook less and we don’t plan ahead. Instead we warm up our food, or we use a package and just add water, meat or veggies according to the instructions on the food label. We don’t really want to spend too much time in the kitchen. In our food preparation, we use machinery to make our life easier, to finely chop our onions, to boil our rice, to blend our smoothie. How can we value food or where it comes from, our resources, if we use food only as convenience, as a quick pleaser and not something of value, something that nourishes us deeply?

As a health coach, I meet many people who want to be healthy and at the same time enjoy their food without spending any time in the kitchen. We want to have our cake and eat it too. I strongly believe that home cooking, avoiding processed foods, using honest ingredients and buying our food locally in whole food form can help us to transform the relationship we have to our food. When food becomes important to our lives again, perhaps then we will start to take better care of ourselves, of our food and the area it is grown or raised in. How can you begin to change your relationship to food? And what can you do to make sure the foods you are eating are safe? How can you protect yourself from the harmful pesticides that are already present in our food chain? There are so many things you can do to make a diference. You can make a difference by becoming more informed, by asking questions, by choosing foods that support your health and the health of our planet. Here are my 17 Tips for Eating Safe.